How can I reassign items owned by one user to another user?

If a salesperson is leaving their position but still has open deals, it's a good idea to assign those deals to another salesperson. You can do this in bulk to save time using the following method.

To begin, go to the Filter button in the Deals tab of your Pipedrive app, and go to Owners. Select the user whose deals you wish to reassign. If you've already deactivated the current deal owner, click here for instructions. 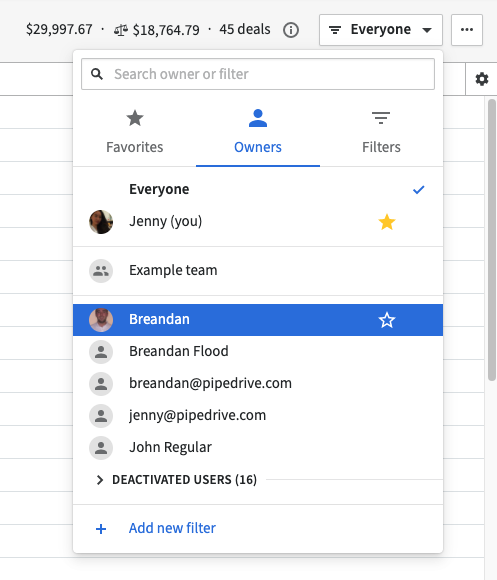 Select every deal in this list by clicking the checkbox in the upper left. When the Bulk Edit panel appears, find and select the Owner option, and select Replace existing value with... in the dropdown menu.

In the following dropdown list, choose the user that you wish to now own these deals, and click Update to finalize this change.

And that's it! You've successfully changed the deal owner.