With the Insights reporting feature, you can get a deeper understanding of your sales process and pipeline performance by building customizable conversion reports to see the conversion rate when a deal moves from stage to stage or from open to closed.

Insights Conversion reporting can be divided into two types of reports:

Funnel Conversion reports are always generated by pipeline and show how your deals are performing as they move through the pipeline's stages.

Note: Deals marked as Won in an early stage will be displayed in the report as being present through all stages of the pipeline.

To create a report for your funnel conversion data, click the plus '+' sign beside Reports in the sidebar and then select Deal Conversion.

By default, the funnel conversion report will display each stage of your pipeline and the percentage of deals that were won from all deals created.

Your funnel conversion report will display your overall win rate.  This is the percentage of deals that you have won compared to the total number of deals in that pipeline (won deals/total deals in the first stage).

Along with the percentage of deals progressed through your pipeline, you will see a breakdown of the number of deals that should be started in order for you to win one deal, as well as your deal conversion between stages.  This statistic will only show when Number of deals is chosen on the left-hand side of your report. 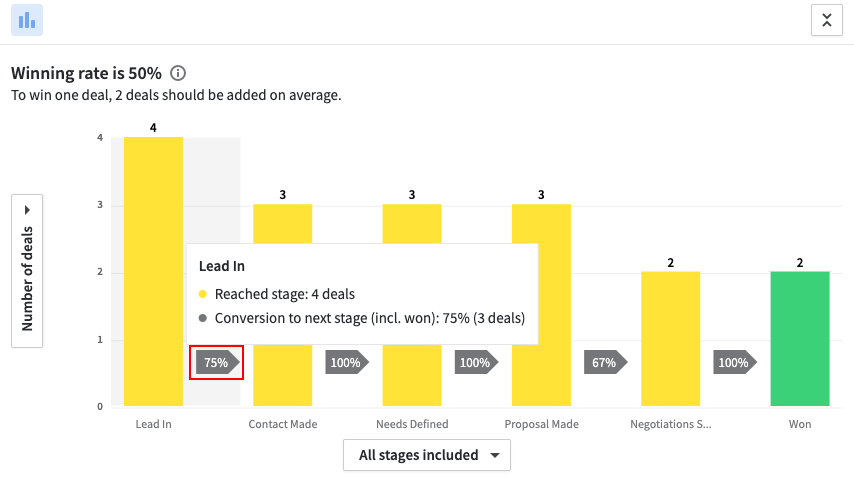 Note:  Please be aware that the Pipeline condition can not be removed, as the funnel conversion reports are always generated by pipeline.

The X-axis will show all of the stages in your pipeline by default, so you can view the conversion of your deals from each stage to the next. It is currently not possible for you to edit the stages you can view in the report. 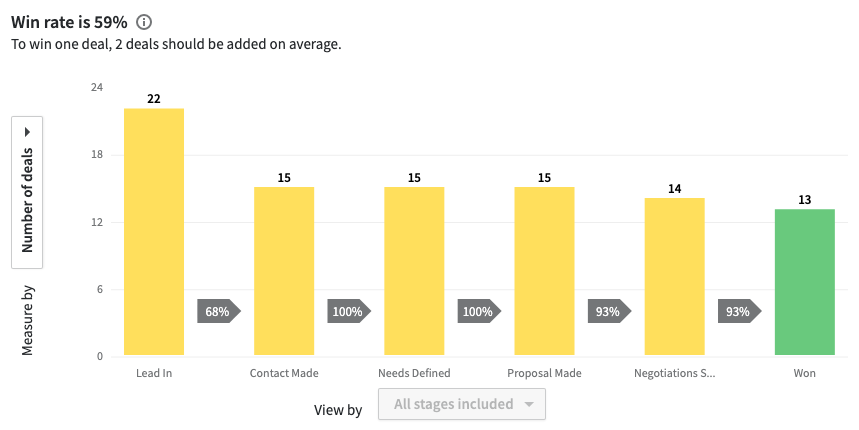 The Y-axis represents the number of deals in your pipeline.  This can be changed to your Deal value, Deal weighted value, Number of deals, or any of your numerical or monetary type custom fields.  Click on the Number of deals to switch to any of these other options.

The Win/loss conversion report displays your win/loss ratio regardless of the pipeline.  Like the rest of your Insights reports, you have the ability to create filters to customize your reports.

To create a report for your Deal conversion data, click the '+' sign in the sidebar, and select Deal Conversion.  By default, a funnel conversion report will be created, but you can change this to a Win/loss conversion report by clicking the Win/loss toggle at the top of the page.

In this report, you can view both your win and loss rates on the same graph.  In order for this report to be generated, you will need to ensure that the filter is set to show deals that have been marked as won or lost. 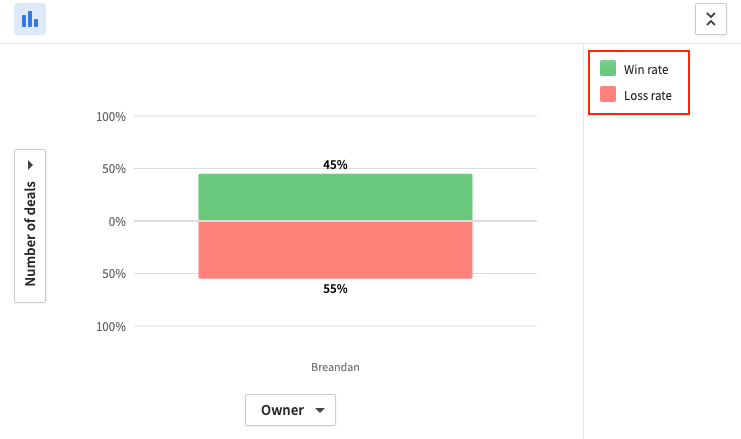 By hovering your cursor over the bar charts, you will see a breakdown of the won/lost ratio.

Below your chart, you also have a table where you can see your data by Deals or Summary:

You can change between the Deals and Summary tabs to view your preferred data.

When editing the filter for your report, you can use default fields or custom fields to add filter conditions. 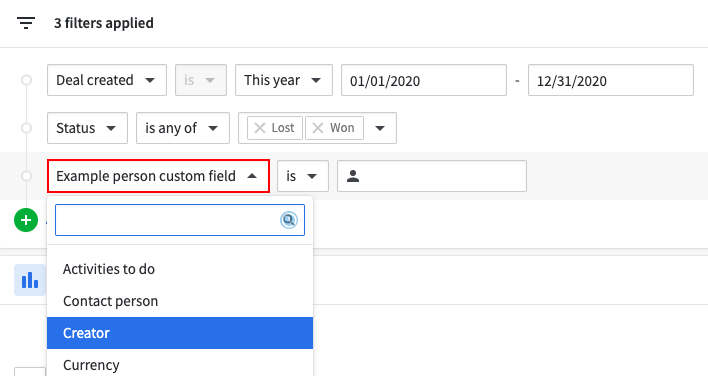 Your report will generate the conversion rate by Owner automatically, but it is possible to change the grouping option by clicking on the field in the x-axis. 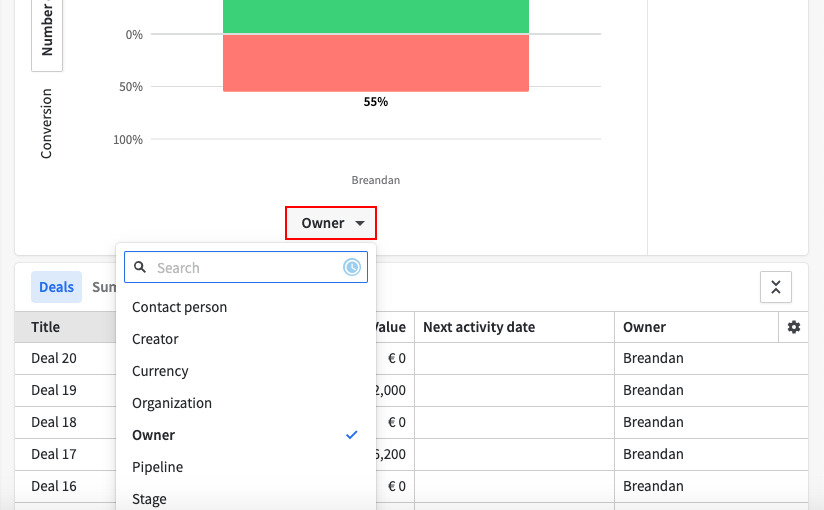 You also have the option to edit the measurement of your conversion, which will be set to Number of deals by default. Along with the number of deals, your deal value, weighted value, and custom monetary/numerical field types are supported. 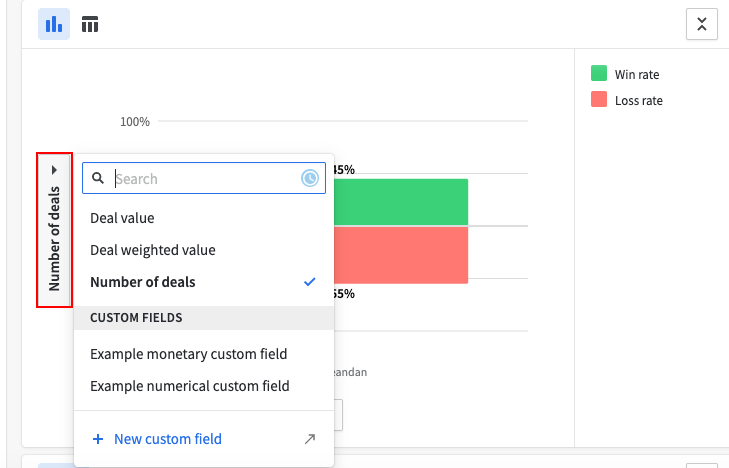 Once you've finished creating your deal conversion report, you can add it to your dashboard or share it with your team.